One of the privileged parts of my work is being allowed to mark accession numbers or inventory numbers onto historic objects. The actual process is not really a part of this post,but the process is carefully designed to cause minimal disruption to the object, and in any sizeable collection is virtually essential to know exactly which axehead, fossil shell or teacup you are looking at.

For all but the tiniest object, I prefer to use a traditional "dip" or "stylus" pen for the ink layer. They're easy to get hold of, inexpensive, and the nibs, being removable are easy to clean (the ink contains a shellac binder which tends to clog if allowed to dry).

I have a bit of a thing for nice pens, pencils and paper, so thought I would share this little website with you. It does everthing that you could ask of a website - tells me about the products, what they are for, how they are used and where I can get hold of them.

A well thought out, simple and informative web site. I've just bought some of their nibs, so I will try to do a sequence of photos demonstrating how I use them the next chance I have.
Update: The DP6H nib is winning for inventory marking at the moment. I'm also finding that Methanol is a good solvent for the ink at the end of the session, and it's not quite so unpleasant to handle as the acetone either....
Posted by Simon Harris at 15:09 No comments:

Mac to Windows, and back

Anyone who has worked with me for more than a few hours will know that I am very much a dyed-in-the-wool Mac user. Suffice to say that I've been using Macs since before they were trendy, and I still remember when the trademark Apple logo was filled with multicoloured stripes.

Since then a lot has changed, and there are now many more Mac users than there used to be, but it is still a fact of life that much of the world still runs Windows. Until now I have managed to get along fine, either using Mac equivalents of particular pieces of software, or by borrowing a PC here and there. This time however, it was much easier to have access to my own copy of Windows where I could call the shots on what software was running. I needed to go computer shopping....

What PC to buy? Well, there are lots of makes out there, and of course, Macs now run on Intel processors as well - which means that they can run Windows. And for those that don't follow the world of computers as closely as I do, there is no hacking, cracking or patching involved - it's an Apple supported modification, and is really thoroughly documented on their website.

Eventually I had narrowed it down to two options. Either buy a cheap, kronky second hand PC and deal with all the problems that would come with it, or spend more money and get a Mac which I would then install Windows on as well. To cut a long story short, the iMac arrived this morning.

I needed a brand new copy of Windows so I popped out to get this, downloaded the documentation and set to work with the Bootcamp software. All in all a very painless process and a couple of hours later I had a fully functioning dual-boot machine which lets me select which OS I want to use with just the press of a key at startup.

So I now have the best of both worlds - I can run pretty much any software that I need, and I can choose the working platform that is most comfortable and effective. If I'm doing any training work, then the client can choose the one they feel most comfortable with. I'm not going to say anything about the merits of either system, except that I won't be giving up MacOS just yet....
Posted by Simon Harris at 14:28 No comments:

Posted by Simon Harris at 07:13 No comments:

Posted by Simon Harris at 06:04 No comments: 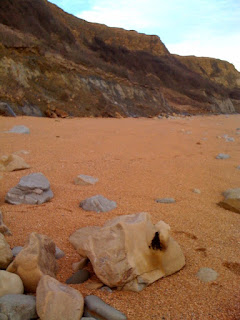 Posted by Simon Harris at 06:12 No comments: